The best New Year’s Plan ever. No, really.

Well… I’ve come to some decisions lately when following the life-long pattern of making the best ever new year’s plan for 2023. It is to respect and stick to the other ones in the coming year. Sounds crazy? Yeah, I’ve thought so too.

The point is, we’re making so many decisions and plans all the time that we never follow later on. You know what I mean…? New Year is a perfect time to make a great new year’s plan, but hey, plans are made to be adapted as you go. I should know. I’m human. I have this in my genes.

No more excuses. I don’t have time for this.

So what I’ve been doing this past few weeks is studying a plan that could work with my limited budget, time and tech knowledge. Yeah, these things are always limited, like it or not. And the basis of my decisions this December is that I really want more time for myself. For family, fishing, whatever I feel like doing at any given time.

Very shortly: I WANT MY TIME BACK.

What’s happened to my time?

My time has gone to so many things in my life. Sure, lots of it has been spent in joy and pleasure, like playing around with children, hobbies, this sort of things. But lots of it, too much as I feel in this very moment, has gone to – I don’t really know what. My job, money, establishing myself in all sorts of environments that really don’t mean so much to me, and so on. Getting into all kinds of fights when trying to prove something. There are so many things I don’t really have answers to why I’ve done them.

Sure, making a living is important. You cannot function properly if you don’t have the basics covered. And I did my fair share of working in my 35 years of having a job. Luckily for me, during my first period of getting a job, I had a brother besides me that felt similar to me and we went our own way by establishing our own business. Computers and servicing, of course, that was the bg thing back then.

In other words, my 9-to-5 work period was very short, some 5 years or so. But as I’m looking back, this instead turned into a 24/7 work period for most of the time.

Yes, relying solely on yourself is sometimes much harder than it seemes at first. There’s no telling of how many hours and sleepless nights happen along the way.

What have I missed?

I remember when our father told us that we just have to work honestly and we would have everything we’d need. I’m still living by this rule, and I have no real regrets. It’s just that lately I feel I’ve thrown so much time for things that I could have done differently. Better. Faster. With less time spent and less stress, while gaining more from it all. Too late for regrets, I know, but I should be able to learn something from all this.

I should be able to create a business that will not eat up all my time.

I should be able to stop trading all my time for pennies that go to basic things.

As it turns out, I believe I have learned something. I could be wrong, as I’ve been before, but that’s the way I feel right now. And my most sincere decision this year is to change that.

But before I tell you about my plan, let me first tell you a short story that you might find amusing.

There are some things mandatory to change what I’ve been doing for so long. For me, the idea came some years ago when I was searching for a graphics software that I needed at the time. I stumbled upon an ad on Google and clicked. After that a few things happened.

Yes, I’ve bought that software for $47 at the time. It was called Youzign and guess what – I’m still using it for certain projects. But what happened after that purchase was a real wake-up.

The next day, some emails came into my inbox. They were all from a guy who I’ve never heard of, and he was writing about graphics and software and how I could do better with the software I’ve just bought. I remember I’ve read the emails in disbelief – how could that guy have known what I’ve just bought? Where did he get my email? Why is he suggesting add-ons and similar things that I might need?

You may call me slow, but it took me a few days or so before I finally understood. He was the guy that promoted Youzign at the time, and his was the ad I’ve clicked. He was an affiliate for the offer and he had me on his mailing list from the moment I’ve bought it. He was then sending emails to me, hoping to persuade me to buy some more stuff via his links.

Very simple and clearly understandable to me right now, but at that very moment I felt like I have discovered something completely new.

Which was ridiculous, really, since I’ve been doing it without really knowing it for the most of my working life. Of course, I remembered, we are selling computers, printers and stuff, and none of it is of our own making. We buy it there, we promote it, we sell it and we earn something as we go. It’s exactly the same principle, just the product is different.

After that big A-HA moment, I’ve started to investigate and use Google for what it’s there. And what I have discovered was nothing short of amazing for me at the time.

Did you know that there is a whole other world right here between us? A world where people create digital products and sell them online? And they are not promoting it by themselves, but have an army of affiliates to do it for them? And the most interesting thing…. They are paying them for that. Come on.

It was like – I don’t know – discovering that cats have four legs. I’m still laughing when I remember those days. I honestly felt like a complete moron.

But my next thought was, logically, could I enter this and do that also? Well, this time it only took a few moments until I realized that the answer was yes. How hard it could be, really? What could be easier than creating posts on Facebook or something and leading people to the offers where I could earn commissions?

I’ve discovered affiliate networks that offered exactly that, like JVZoo, Warrior+ and ClickBank next. And I’ve jumped into my new life head-first the next moment. Or so I thought.

Boy, was I wrong.

There’s more about that story, but let’s put those details into another post.

Thank you for reading. If you can relate and are interested in knowing more, keep reading. 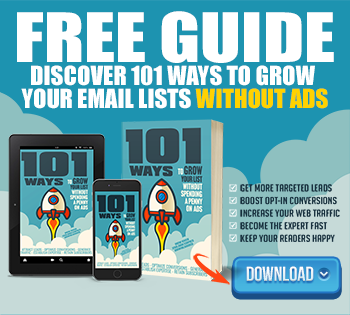 Where should we send your special Sqribble coupon code?

We value your privacy and will never spam. You can unsubscribe anytime.